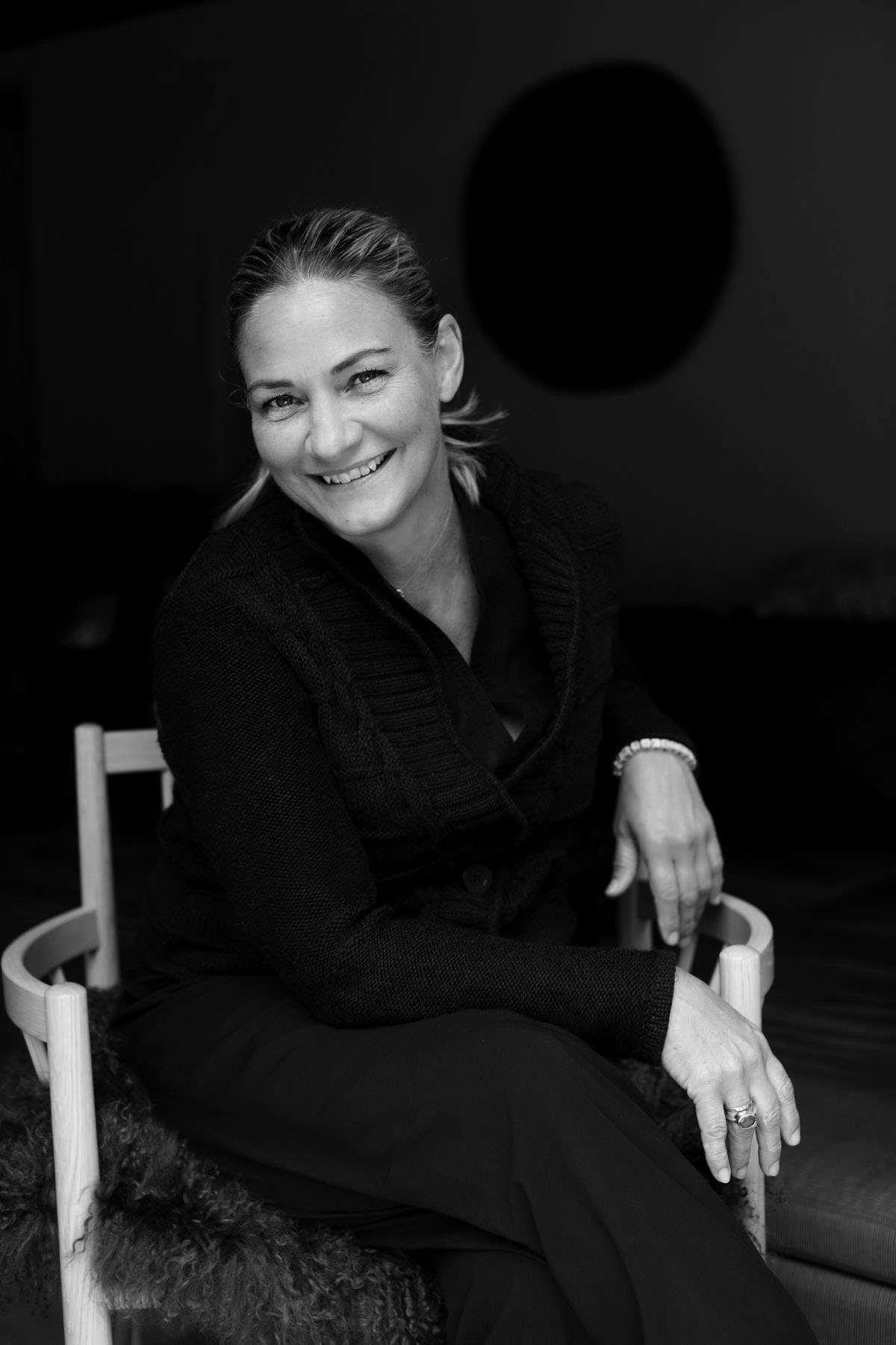 Contrasts are very much in play in the works of Danish textile designer Pernille Holm. Her works embodies a dynamic dualism – inherent contradictions, – clearly reflected in her expressive and personal fabrics.

Her complex nature, evident in the combination of the sensually exotic, the functional and the rational, can be partly attributed to her upbringing in Africa, but also to experiences in Paris, New York and Rio de Janeiro, combined with a deeply rooted sense of connection to the simplicity and serenity of Scandinavia, making Sweden provide a solid base in later years, with the establishing of a large studio in the middle of the southern, Swedish countryside.

Contrasts are very much in play in the works of Danish textile designer Pernille Holm. Her works embodies a dynamic dualism – inherent contradictions, – clearly reflected in her expressive and personal fabrics.

Her complex nature, evident in the combination of the sensually exotic, the functional and the rational, can be partly attributed to her upbringing in Africa, but also to experiences in Paris, New York and Rio de Janeiro, combined with a deeply rooted sense of connection to the simplicity and serenity of Scandinavia, making Sweden provide a solid base in later years, with the establishing of a large studio in the middle of the southern, Swedish countryside.

Her colors, textures and surfaces are clearly inspired by her great love for the Scandinavian and Greenlandic nature, but also reflect a deep veneration for the African continent. Her childhood years in Tanzania, growing up with views of the Kilimanjaro, playing in the red mud under the banana trees, the natural warm colors of the African realm, the green of the vegetation and the dry, burnt surfaces; it is all profoundly and comprehensively rooted in Pernille’s subconscious, and greatly affects her artistic expressions.

Melting deep inspiration from nature’s abundance with an affection and affinity for the world’s cultural diversity, Pernille has created a unique and very personal design universe, in which she channels her impressions of the world through vibrant, electrifying fabrics.

Her work is executed with a razor sharp focus, without letting forgo of the freedom of experimentation. She works tirelessly to ensure inclusion of an organic expression, and to create a soft and tactile connection between exterior and interior impressions of space and sensations. One of her methods is to create textiles with a three-dimensional dimension, one that occur expressly in the collision, or interaction, between the materials, their textures and colors.

It is in the dynamic space, where tension between art and craft, is confronted with an ever changing reality, that new ideas emerge for Pernille. Recently, during a long trip to Rio de Janeiro, she invited a group of street children and young people, to take to the city’s colorful streets with her, intent to create immediate and spontaneous designs and textiles with their inclusion, aiming for a manifestation that perfectly, and inevitably, would reflect the colorful, multicultural charge rising from them working together.

The final result of this “street art event” became a vibrant collection of colorful silks, presented at the Brazilian Catwalk.

This “freestyle” idea, was a huge success, and the process released a new and powerful energy in Pernille’s artistic ambition – and similar projects will be repeated in the near future, under new, exotic climes.

The result of the Rio project did not only produce new, exiting textiles, but it also satisfied Pernille’s ambition in that it spurned building bridges between cultures and along the way established a creative platform, from which to communicate across language barriers and social divides.

A sharp and modern edge

Pernille effortlessly masters many different working techniques and she has a strong, intuitive feel for the substance and the inherent potential of her materials.

This enables her to venture fearlessly into experimentation and is she never afraid of using unconventional materials, such as sand, stone or broken glass in her fabrics.

Even traditionally, precious commodities, such as fur, leather, silk and velvet, find new use and a sharp, modern edge in Pernille’s hands, and she demonstrates a very confident sense of aesthetics, regardless of whether she revels in over-the-top decorative effects for a Haute Couture gown – or is striving to create an understated, ultra thin curtain for a commercial space.

The result is always a very personal and organic expression, one that contains a fascinating sensuality, without necessarily trading away elements of the tightly controlled and the contemporary.

The intuitive is trading blows with the discipline of craftsmanship in the workshop, where her unique, handmade textiles are made. Usually in very small quantities, intended for haute couture or set-designs for some of the world’s largest theater and dance company’s, such as the Danish Royal Theatre, for which she created 300 yards of hand-printed textiles for the set of Sleeping Beauty, or The New York City Ballet, for which Pernille, a few years ago in collaboration with renowned, Danish artist Per Kirkeby, created and designed the textiles for that company’s staging of the ballet, Romeo and Juliet.

The world of opera has influenced Pernille’s professional life in many ways. The first time was when she graduated from the Danish Design School in 1990, and through a friend at The Paris Opera, gained access to a couple of the French fashion houses. There she met with the influential, French Couturier, Christian LaCroix, who was more than thrilled with Pernille’s imaginative textile designs and technical skills. It became the beginning of an exciting collaboration, with the subsequent development of fabulous fabrics, created for fantastic, haute couture dresses.

Back in Denmark, she also began receiving assignments of a more commercial nature; among them industrial designs for The Danish Railroads, DSB, contracting her to create new pattern designs for the seats on the new S-trains, – and she was asked to create designs, curtains and interior textiles, for the newly built Hotel Marriott Copenhagen.

A dialogue between space and the human experience

Pernille’s most indelible strength as an artist is that she is able to create a dramatic, epic tale in a dress, in a costume, a piece of furniture or a lamp shade, while also mastering the simple touch, the precise, naked expression, which become the more stringent spaces in modern architecture – whether she is working with curtains, upholstery fabrics, acoustic panels or room dividers.

If the challenge is to relate specifically to a given space, surface or function, or to provide a dialogue between space and the human experience, she rises to the occasion.

Textiles from Pernille’s hands always express something very special. They come alive in surprising ways, in cohesion and interaction with the functions they are created to fulfill, practical, aesthetic or artistic.

She recognizes that textiles inherently contain the same properties as most good art, when they are made with care and precision and are designed with a basic desire to create quality and beauty.

In Pernille’s able hands they can also be custom made and produced individually to suit any purpose.